June 2022 – In May, the Turkish Competition Board (the “Board”) approved six merger control filings and published 30 reasoned decisions. 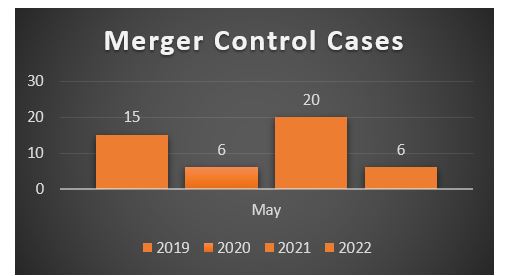 Settlement and leniency mechanisms applied together for the first time!

The Board has concluded its investigation to determine whether the companies Beypazarı and Kınık violated competition law by exchanging sensitive information with each other regarding current and future price information, price change dates, and increased prices on Turkey’s natural mineral water market.

Beypazarı and Kınık individually submitted settlement texts to the Board. The Board accepted these settlement applications and concluded the investigation. In addition, both companies applied for leniency, and the Board accepted these applications as well. However, the parties cannot benefit from the full immunity since they applied to the Board for leniency after receiving investigation notification.

The chemical and consumer goods company Henkel has appealed the Board’s decision dated 2018 that imposed an administrative fine of approximately EUR 375,000. As a result, Henkel has won this legal struggle with the Board.

The Board previously imposed an administrative monetary fine on Henkel based on the grounds that it had violated Turkish competition law through resale price maintenance (RPM) activities. The Council of State, Turkey’s highest administrative court, concluded that Henkel had not intervened with prices by way of RPM activities.

Henkel appealed the Board’s decision, and the Court of First Instance agreed with the Board’s ruling. The Court stated that Henkel:

Following a further appeal, the Regional Administrative Court disagreed with the Court of First Instance and annulled the decision, as it found that Henkel’s reaction to resellers did not amount to pressure or provocation that can be defined as an RPM violation.

Upon the last appeal, the Council of State, which has the final word, agreed with the Regional Administrative Court’s approach. As a result, the Board’s decision has been annulled four years later.

The agreement provided that by way of a selective distribution system, Johnson & Johnson aimed to work with only nine pharmaceutical warehouses for the distribution of four of its pharmaceutical drugs.  The Board rejected the exemption application with the reasoning that:

Following Johnson & Johnson’s appeal to the Court of First Instance, the Court annulled the Board’s decision and decided that an exemption can be granted to the agreements. The Court’s reasoning in the annulment decision emphasised that the four pharmaceutical drugs subject to the agreements are classified as ATC-3 and ATC-4 type drugs, which are substitutable, and that the market shares of the drugs are below 40% (and for some less than 30%).