In June, the Turkish Competition Board (the “Board”) approved 12 merger control filings and published 60 reasoned decisions. 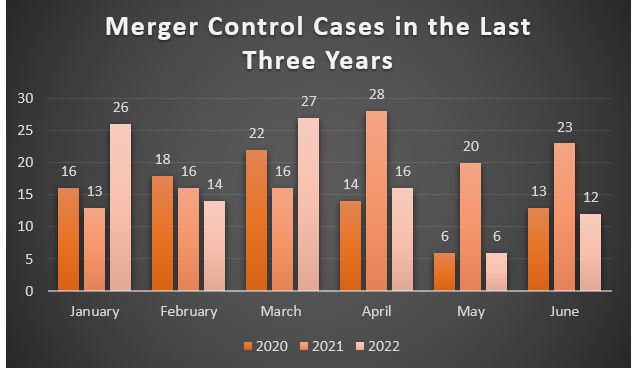 Sahibinden gets an easy way out

In June, the Board assessed allegations that online marketplace Sahibinden abused its dominant position in the online platform services market for real estate sales/rental services and failed to fulfil an interim measure request. The petitioner, REOS (a fin-tech start-up), claimed that in order to be able to perform its bulk and multiple-listing service activities, Sahibinden must allow API (Application Programming Interface) access. REOS alleged that the mandatory requirement for REOS to provide integration to Sahibinden’s platform in order for REOS to be able to offer bulk and multiple-listing services constitutes a violation by Sahibinden through its refusal to engage in a contract and its subsequent prevention of multi-source feeding to consumer groups. In this regard, REOS requested interoperability. However, although the Board accepted that Sahibinden is in a dominant position on the market, it rejected the request for an interim measure based on the grounds that, as REOS continued its activities by increasing its revenues from the date of its establishment, no interim measure was necessary. As a result, the Board refused to launch an investigation against Sahibinden.

The Board scrutinises the market for consumer electronics

The Board launched an investigation in June against four consumer electronics retailers—Media Markt, Teknosa, Vatan Bilgisayar and Sunny—based on the grounds that they violated Turkish Competition Law by exchanging competitively sensitive information.

The Board stated that Sunny also violated the Competition Law by imposing an internet sales ban on its resellers and/or by determining their resale price, and also by mediating the indirect information exchange between Vatan Bilgisayar, Teknosa and Media Markt. The Board found it necessary to launch a full-fledged investigation based on the documents and findings obtained during the preliminary investigation.

The Board launches a new investigation against Trendyol

The Board launched a new, preliminary investigation in June against Turkey’s largest online retailer, Trendyol, based on allegations that the company’s service, DOLAP, engaged in exclusionary practices in the platform services market that facilitates the online sale of second-hand products by favouring its own products and by sharing consumer data and preventing the data used by sellers from being transferred to competing platforms. Based on the information, documents and findings obtained in the preliminary investigation, the Board found the allegations sufficient to launch a new, full-fledged investigation against Trendyol.