January 2023 – In December 2022, the Turkish Competition Board (the “Board”) published two reasoned decisions and approved eighteen merger and acquisition transactions.

The highlight of Turkish competition law in December was that the Board initiated a new full-fledged investigation and concluded three on-going investigations, including the much-anticipated extensive investigation of the fast-moving consumer goods industry. 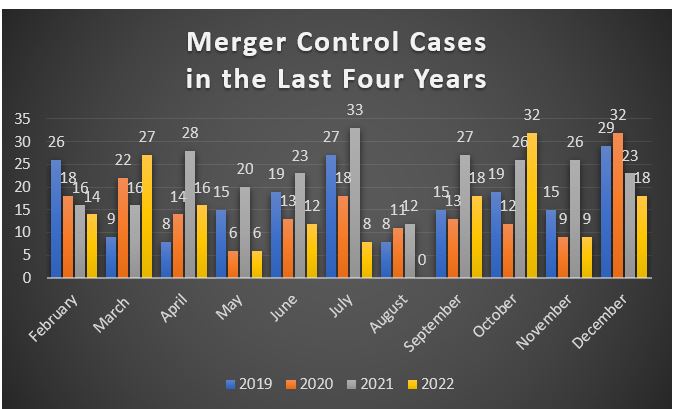 Board fines the FMCG companies for hub-and-spoke cartel

On 21 December, the Turkish Competition Authority announced that the Board had concluded its investigation covering a total of 21 undertakings operating in the FMCG industry, including a spectrum of well-known suppliers such as Coca-Cola, Frito-Lay, Pepsi, Red Bull, Haribo and GlaxoSmithKline, and Turkey’s largest supermarkets such as BİM, Carrefour SA, Migros, Şok and A101. The wide-ranging investigation scrutinised the formation of a hub-and-spoke cartel between the aforementioned five supermarket chains and numerous major companies in the FMCG sector. The investigation also examined the activities of the resale price maintenance of various suppliers of the FMCG sector. As a result, the Board imposed a total monetary fine of approximately EUR 44.3 million.

It is noteworthy that this was not the only investigation concluded with fines in the FMCG sector. Almost one year ago, the Board fined the same supermarkets party to the investigation for collaborating with each other through one of their common suppliers. To that end, when concluding this investigation, the Board abstained from imposing any administrative fine on the supermarket chains alongside with one of the suppliers (i.e., Beypazarı) due to the principle of “ne bis in idem”. For detailed information, please see our article here.

On 8 December, the Board finalised its investigation of the Turkish distributor of the German household appliances company Schaefer through settlements. The distributor of the company was under the scrutiny of the Board because of allegations that included resale price maintenance and a ban on the online sales of authorised dealers. As a result, the Board concluded to impose a monetary fine of approximately EUR 150,000.

Green light from the Board to Saint-Gobain and Dalsan Merger

Previously in September, the Turkish Competition Authority announced that the Board had taken the proposed transaction concerning the joint venture to be established between the French company Saint-Gobain and Dalsan in the plasterboard industry into Phase II review. On 15 December, the Board concluded that the transaction in question does not significantly impede the competitive environment of the relevant industry and granted its unconditional approval of the contemplated transaction.

E-scooter company Martı’s challenge with the Board

During December 2022, the Board published only two reasoned decisions both, of which concerns the popular Turkish e-scooter company Martı. The Board investigated several complaints against Martı within the scope of the preliminary investigation on its alleged exclusionary behaviours against its competitors by abusing its dominant position. While the Board in fact decided to launch a full-fledged investigation, this investigation was closed after Martı’s commitments were deemed adequate to address the Board’s concerns.

Nonetheless, the issue of whether Martı provided false/misleading information to the Competition Authority’s information request was separately assessed.

The reasoning of the Board’s first decision reveals that the Board found the information submitted by Martı at two different times were not consistent with each other. Accordingly, the Board decided to impose an administrative fine on Martı due to providing false/misleading information.

In the second decision, the Board examined the gun-jumping claim that involves the Turkish affiliates of US-based Martı Technologies Inc., Martı and Mobilite. Accordingly, the Board investigated an alleged and unnotified merger between Martı and Mobilite, which supposedly leads to the exclusion of other competitor undertakings in the e-scooter industry.

The Board assessed that (i) Martı and Mobilite are ultimately controlled by Martı Technologies Inc., and (ii) Mobilite was established for ancillary purposes with respect to Martı. In this regard, the Board concluded that:

In light of these findings, the Board decided not to impose a monetary fine against any of the mentioned companies.